Hurricane Ian Intensifies into a Monster with Climate Markings 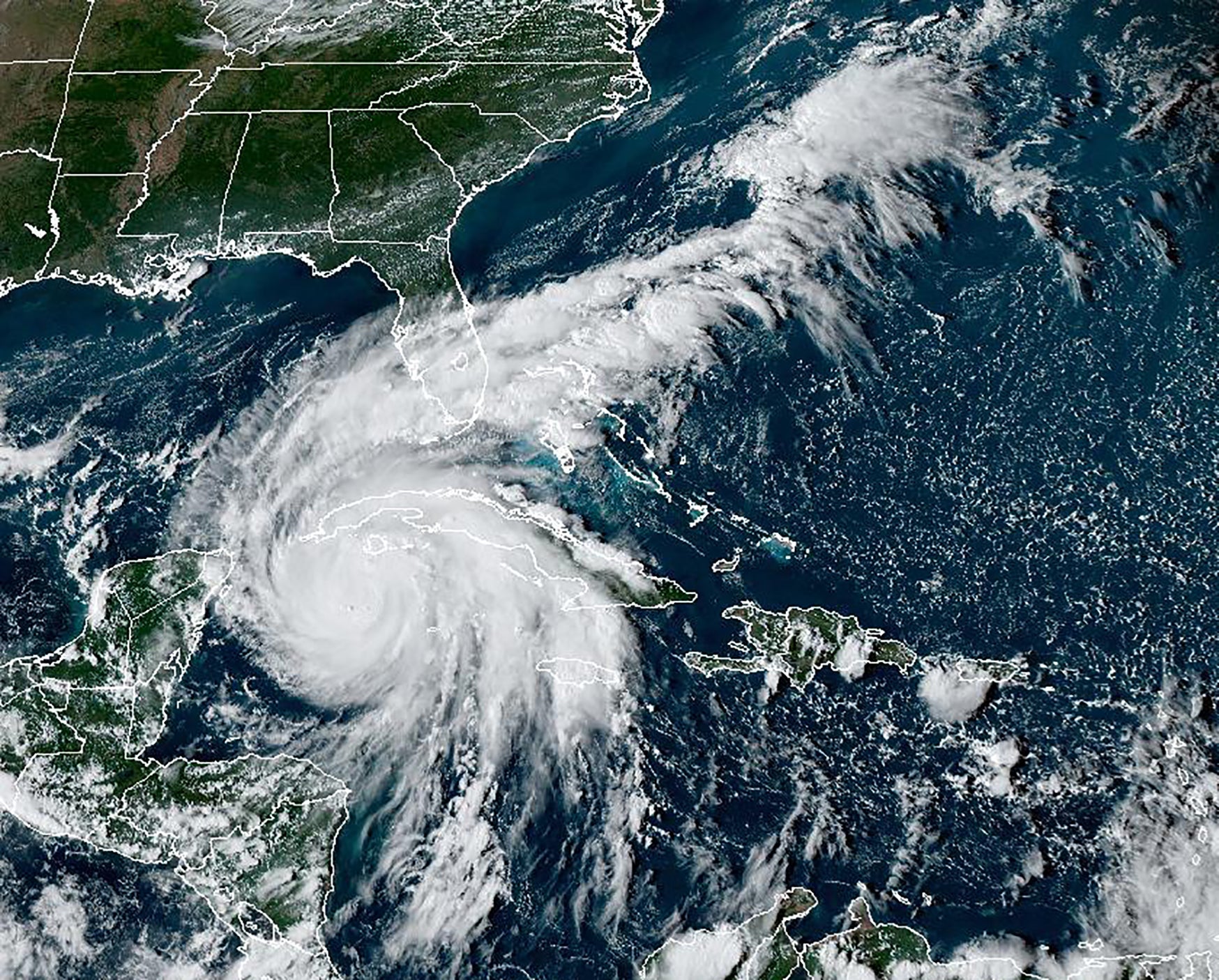 Florida is bracing for impact as Hurricane Ian barrels toward the state’s vulnerable Gulf Coast.

The storm’s exact pathway remains uncertain, but it looks increasingly likely the Tampa Bay region will start feeling its effects Wednesday. In a worst-case scenario, the area would face its first direct landfall of a major hurricane in more than 100 years. There’s also the chance Hurricane Ian stalls out on the coastline, which could bring a catastrophic combination of heavy rains and storm surge.

Currently clocking in as a Category 3, Ian has intensified faster than any other hurricane this Atlantic season. It strengthened from a tropical storm to a hurricane early Monday, then rapidly ballooned into a major storm by early Tuesday morning.

As it transitioned into a hurricane on Monday, Hurricane Ian officially met the National Hurricane Center’s threshold for “rapid intensification”—that’s when a storm swells unusually quickly, gaining at least 35 miles per hour in wind speeds within 24 hours or less. It continued rapidly intensifying into Tuesday, and is on the cusp of becoming a Category 4.

Hurricane Ian presents a stark lesson in the dangers of rapidly strengthening storms, which give coastal communities little time to prepare for impact.

It’s also a reminder of the ways climate change is transforming tropical cyclones. Hurricanes are expected to rapidly intensify more often and potentially at faster rates as the planet continues to warm. That means storms like Ian may become more common in the coming decades.

Before Ian even achieved hurricane status, meteorologists predicted it would strengthen at breakneck speed. Some projections suggested the storm could become a major hurricane—Category 3 or higher—within a day or two.

Unusually warm waters were the primary fuel for Hurricane Ian’s lightning-fast transformation. Warm ocean temperatures plus favorable wind conditions are the main ingredients for strong storms—and according to NOAA, temperatures in some parts of the Caribbean hovered around 90 degrees as Hurricane Ian was forming.

A 2018 study, published in the journal Geophysical Research Letters, found that hurricanes in certain parts of the Atlantic are rapidly intensifying faster than they used to. The paper suggested that warming ocean waters are the likely culprit—although it noted that the warming so far could be a combination of human-caused climate change, natural climate fluctuations and other factors.

A separate paper, published in 2019, also found that Atlantic hurricanes are intensifying at faster rates. That study used climate models to investigate the potential causes, finding that human-caused climate change likely has played a role.

And continued warming is likely to keep worsening rapid intensification events in the future.

Warming waters play a clear role in strengthening hurricanes. But some research suggests that changing wind patterns in certain parts of the Atlantic, influenced by climate change, also could be a factor. One 2019 paper suggested that future warming may affect wind shear patterns near the United States, allowing hurricanes to intensify faster as they approach the East Coast.

That’s trouble for people who live on the coast.

Rapid intensification significantly increases the odds a cyclone becomes a major hurricane. Research suggests that around 79 percent of major storms undergo rapid intensification at some point and that very few storms achieve a Category 3 or higher without it.

And when storms rapidly intensify—especially when they do so while approaching land—coastal communities may have less time to adequately prepare for them.

Some of the most devastating hurricanes from the last few seasons have undergone rapid intensification before making landfall, including Hurricanes Harvey and Maria in 2017, Michael in 2018 and Ida in 2021.

And worldwide, Hurricane Ian isn’t the first cyclone this year to intensify quickly. Typhoon Noru rapidly spun up into a “super typhoon” before slamming into the Philippines on Sunday, giving affected communities little time to prepare. At least five deaths have been reported.

Forecasts say Ian is likely to slow and potentially stall near the Florida coast as it approaches land. If that happens, the storm could trigger devastating storm surge and dump heavy rain as it lingers in place, increasing the risk of catastrophic floods.

If that’s the case, it may provide another glimpse into the influence of climate change on tropical cyclones. In general, storms are likely to grow wetter and rainier as the climate heats up—simply because a warmer atmosphere is capable of holding more water.

And research also suggests that hurricanes are moving more slowly as the planet warms, allowing them to dump more rain in a single location. A 2018 paper by hurricane expert Jim Kossin found a significant slowing pattern in cyclones affecting land masses in Australia, the western North Pacific and the North Atlantic.

“These trends have almost certainly increased local rainfall totals in these regions,” the study noted.

Future and Offset Close Out Rolling Loud NY in the Rain

Deep Dive Ties Together Dog Genetics, Brain Physiology and Behavior to Explain Why…