CENTERVILLE, Texas — As investigators try to make sense of how escaped Texas inmate Gonzalo Lopez was able to slip past an intense three-week search, four children among the five people whom authorities believe were killed by the escapee have been identified as students of a school district outside of Houston.

In a statement released Friday, Tomball ISD Superintendent Dr. Martha Salazar-Zamora confirmed four of her students and their grandfather were “taken from us on Thursday by the escaped Texas fugitive near Centerville.”

“The loss of a student, for any reason, is heartbreaking, but to lose in such a tragic way is excruciating,” Dr. Salazar-Zamora wrote in part. “There are no words. During this difficult time, the Tomball community is continuing to pull together following the tragic loss of four students.”

A news conference with Crime Stoppers of Houston and the family’s pastor Friday evening identified the victims: brothers Carson, 16, Hudson, 11, and Waylon Collins, 18; their cousin Bryson, 11; and their grandfather, Mark Collins, 66. 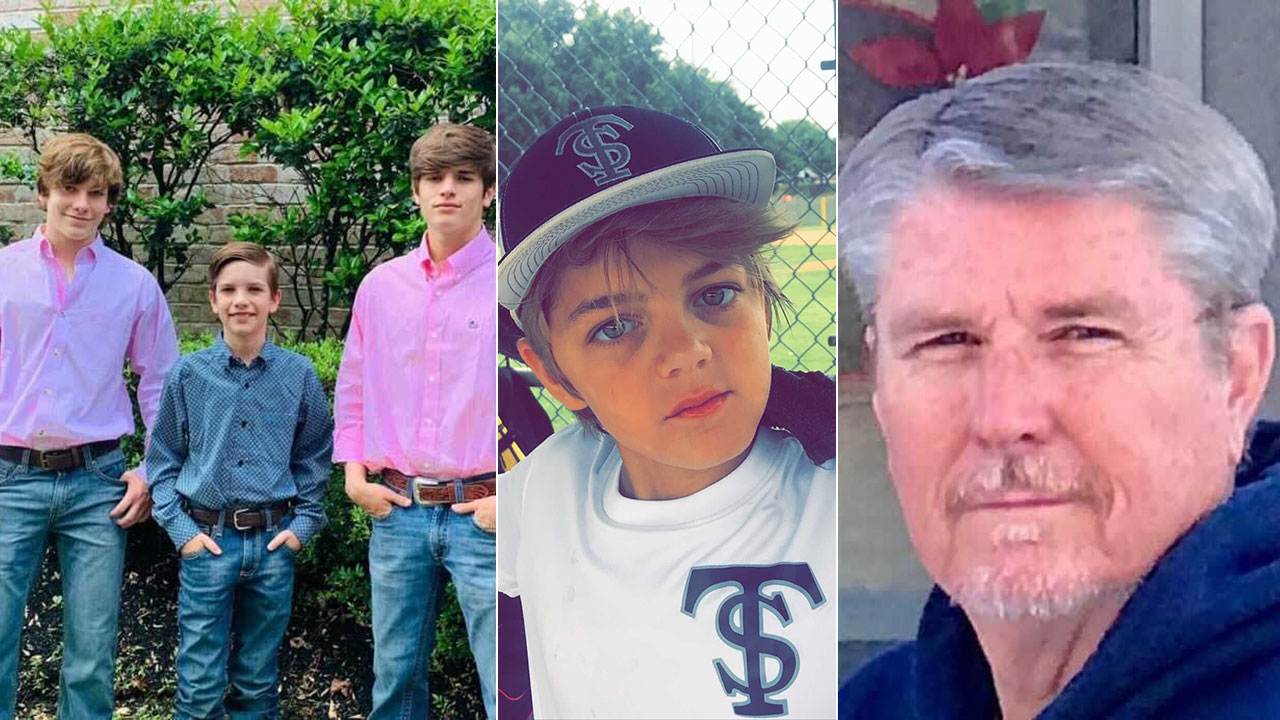 A GoFundMe page verified by family and Crime Stoppers is collecting donations for the victims’ loved ones.

At the same time as the news conference at Houston Northwest Church, hundreds of people touched by the Collins family deaths gathered for a vigil at Tomball ISD’s baseball diamond. 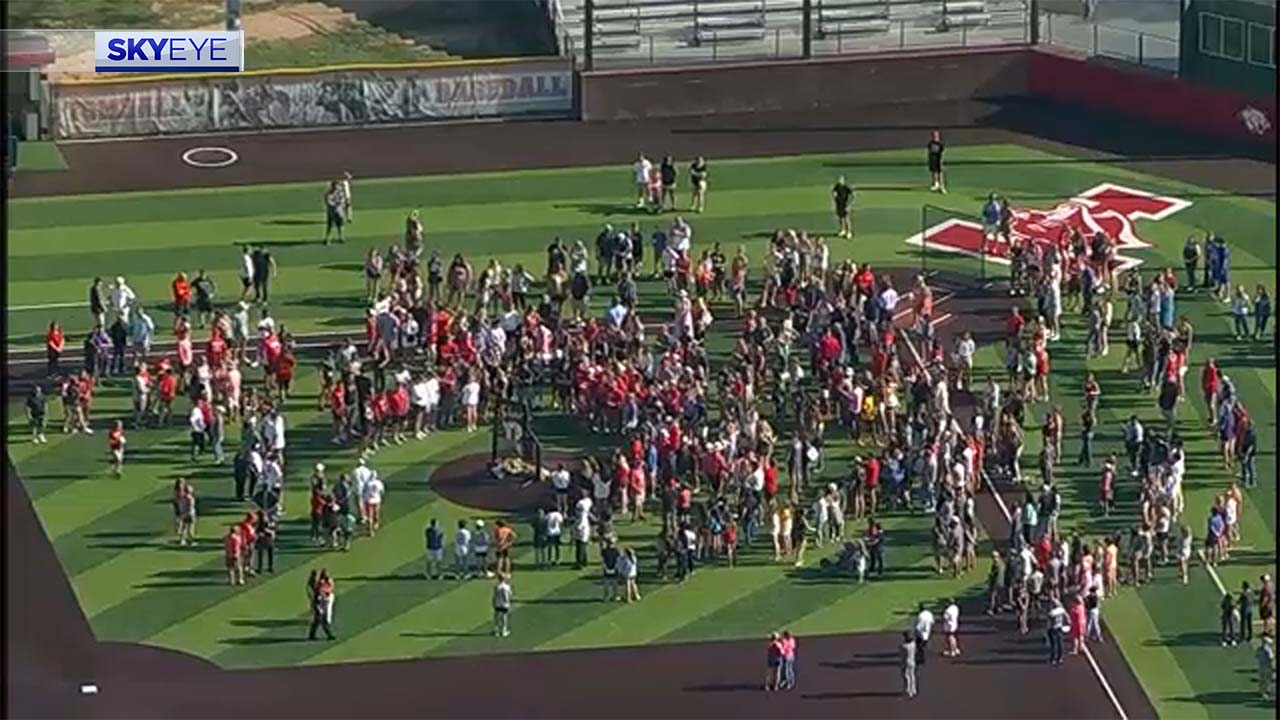 ABC News has also learned the children were on summer vacation after the school year ended on May 26. The oldest child, Waylon, was a Tomball Little League baseball umpire, the league confirmed.

The five are believed to have been killed Thursday afternoon and had no link to Lopez, said Jason Clark, spokesman for the Texas Department of Criminal Justice.

The family members’ deaths encapsulated the public danger posed by Lopez’s escape, which happened back on May 12.

Lopez, whom prison officials say escaped from a transport bus in Leon County, which is midway between Houston and Dallas, was tracked Thursday all the way in Atascosa County, which is south of San Antonio and more than 250 miles from where he escaped.

Lopez, a 46-year-old convicted murderer who was serving a life sentence, died after law enforcement spotted a truck with a license plate matching the one belonging to the slain family.

There was a short chase where officers deployed spike strips, sources said.

“He went down there and struck a telephone pole. Bounced off and went down and crashed into a telephone pole and a fence. He exited his truck, fired additional rounds, at least four officers returned fire,” Atascosa County Sheriff David Soward said, adding no officers were injured.

Lopez was armed with an AR-15-style rifle and a pistol that authorities say may have been taken from the family’s rural cabin, Clark said.

Just before the search for Gonzalo shifted to an entirely different part of the state, investigators learned that a concerned family member of the victims called police for a welfare check, leading to officials discovering their bodies.

Officials believe over the last three weeks Lopez hid in the woods and managed to go into residential homes for water, food, and changes of clothes.

Because of the escape and the danger he posed, Lopez was among Texas’ top 10 most wanted fugitives, according to the Texas Department of Public Safety.

On May 12, officials said Lopez was being taken from the Hughes Unit in Gatesville, Texas, to the Estelle Unit in Huntsville for a medical appointment when he escaped.

The TDCJ, which oversees the state’s prisons, said due to his criminal history and restrictive housing status, Lopez was being transported in a separate, caged area of the bus, designed for high-risk inmates.

During the transport, Lopez reportedly got out of his restraints, cut through the expanded metal and crawled out of the bottom of the cage.

The officer reportedly stopped the bus and engaged in an altercation with Lopez. The two of them eventually exited the bus.

Officials said a second officer exited the rear door of the bus and tried to approach Lopez.

However, Lopez reportedly reentered the bus and began driving away.

The two officers fired shots at the inmate, which ultimately disabled the bus when a bullet struck a rear tire.

The bus then traveled a short distance and left the roadway before Lopez got out and ran into the woods off Highway 7 in Leon County, officials said.

Clark said “a serious incident review” will be conducted into the escape.

“It’s incumbent upon us to go backwards to figure out how did he escape, how did he beat our security protocols in order to leave that transport vehicle,” Clark said.

In 1996, Lopez was convicted of two counts of aggravated assault and received two eight-year sentences. In 2006, he was convicted of capital murder and aggravated kidnapping in Hidalgo County, which borders Mexico in the southern portion of Texas, and was sentenced to life in prison, according to the TDCJ.

Additionally, he received a second life sentence after he was convicted of attempted capital murder in Webb County, another border county that contains Laredo, Texas, in 2007.

Officials said Lopez was affiliated with the Mexican Mafia and had ties to the Rio Grande Valley and San Antonio.

The Associated Press contributed to this report.

AAA warns of 'calm before the storm' with gas prices

Ukraine has Russian war wreckage on display as a reminder – NPR